We identify false teachings by comparing them to what is clearly taught in scripture.  Sound exegesis of a text will separate truth from error, and expose the twisting of scripture. The reason false teachers have to ignore the context and distort the truth, is because what they teach is NOT taught in scripture.
If the teachings of the New Apostolic Reformation (NAR) and other heretical movements were true, then we should have a different bible. In this post, I speculate as to what Paul should have written in order for some of these false teachings to be true. It won’t take long for you to realize that what many in the visible church and the NAR in particular have accepted as truth, is not only a lie, but ludicrous.

• I’m not ashamed of the gospel, especially the gospel of the kingdom which is the power to transform the nations.
• How can we rejoice in our sufferings when there is no suffering in heaven, this ought not to be so!
• For I know that something good dwells in me, that is, in my flesh.
• Creation waits with eager longing for the revealing of the sons of God, a special new breed that will usher in the kingdom of God on earth.
• If God was willing to give his son for us, will he not give us all things? Now by all things, I mean anything you desire – new fishing boats, a house on the banks of the Jordan etc.
• Don’t worry about tribulation, or distress, or persecution, or famine, or nakedness, or danger, or the sword separating you from the love of God, because these misfortunes never happen to those who know their rights as believers.
• How beautiful are the feet of those who preach the good news – and leave out the part that all have sinned and are under the wrath of God unless they repent.

• Jews demand signs and we give them what they want, because everyone deserves an encounter with God.
• For consider your calling brothers, many of you were influential because God needs the powerful and strong to transform society.
• Anyone who eats and drinks without discerning the body brings judgement on themselves, but that is not why many of you are weak, ill, and have died – God never uses sickness to judge or discipline.
• There are varieties of gifts, they are apportioned by apostles or prophets and will be taught at supernatural schools of ministry.
• If the whole church speaks in tongues, unbelievers or outsiders might think you are out of your minds – ignore them, because decency and order puts God in a box.
• We were so afflicted and burdened we despaired of life itself, but don’t tell the others, it will give the impression that God ordains suffering.
• Although we are new creations in Christ and the old has passed away, we still need deliverance, inner healing based on visualization techniques, and the regular breaking of curses.
• The Macedonians, despite their afflictions and extreme poverty gave generously. I have sent them my teaching on the law of seed time and harvest, and instructed them to tithe regularly so that in future they may prosper.
• False apostles never disguise themselves and will never use scripture or claim to speak on behalf of Christ.
• Three times I was shipwrecked – because I failed to take a risk and model the miracle of Jesus when he rebuked the wind and spoke to the waves.
• I was often hungry, thirsty, and exposed to the elements, but that was before I started selling anointed handkerchiefs and my manuscripts.
•  If I must boast, I will, have I ever revealed to you the mysteries and revelations I received when I was caught up into the third heaven?
• I received a thorn in the flesh, a messenger of Satan that harassed me. I knew this was not from God so I bound it and cast it out.

• God has blessed us in Christ with every spiritual blessing – except the ones that you will receive through impartations, upgrades, activations and soaking in his presence.
• And you were mildly affected by sin – you were still inherently good and worthy of redemption.
• The church is built on the foundation of the apostles and prophets, a foundation that will need to be laid again year after year.
• Unity of the faith and our maturity cause us to tolerate the different winds of crafty doctrine taught by some.
• Take no part in the unfruitful works of darkness – unless your objective is to take dominion of that specific sphere of influence.
• Do not get drunk with wine but be filled with the Spirit – even though the effects of both are the same – convulsions, incoherent babbling, bizarre behavior and incapacitation.
• Take up the whole armour of God in your struggle against evil forces – bind the devil, break curses, and shift the atmosphere wherever you go.

• I pray that your love may abound – without knowledge or discernment.
• Writing from my comfortable residence has given the brothers assurance that they too, may prosper.
• Jesus took the form of a servant that we may live as kings, and fulfill our own ambitions and interests.
• Hold fast to your encounters with God, so that in the day of Christ I may be proud.
• Epaphroditus was near to death from illness, but his declarations based on the word spoken through the prophet Isaiah made him whole again.
• Enemies of the cross set their minds on earthly things, but the saints set their minds on the seven earthly spheres of society and will one day rule over them so that Christ may return.
• Knowing him and the power of his resurrection, will end all suffering as heaven invades earth.
• Do not be anxious about anything, but take dominion over what troubles you by speaking into the situation.
• There is no secret when facing hunger, because there is no hunger in heaven.
• We can do all things through him, so dream big and don’t allow negative talk to rob you of your goals.
• God supplies more than just our needs, he caters for our wants as well.

• An overseer must be the wife of one husband, and manage her household well.
• The Spirit expressly says that in later times, there will be a billion soul harvest.
• Until I come, devote yourself to signs and wonders.
• Your frequent ailments, mean the lack is at your end of the equation.
• If anyone teaches a different doctrine, embrace them don’t judge them.
• Godliness is a means of gain, don’t be content with just food and clothing.
• Follow the pattern of miracles that I have performed.
• Some have swerved from the truth, but I won’t mention their names.
• Understand this, that in the last days, times will be easier as godliness increases.
• I charge you: preach the word…but remember it’s a worthless exercise without a demonstration of God’s power.
• All scripture is breathed out by God, yet incomplete – God will give downloads and new revelations to apostles and prophets in the last days. 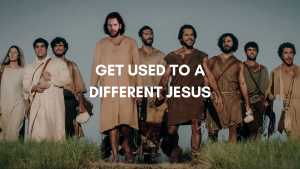